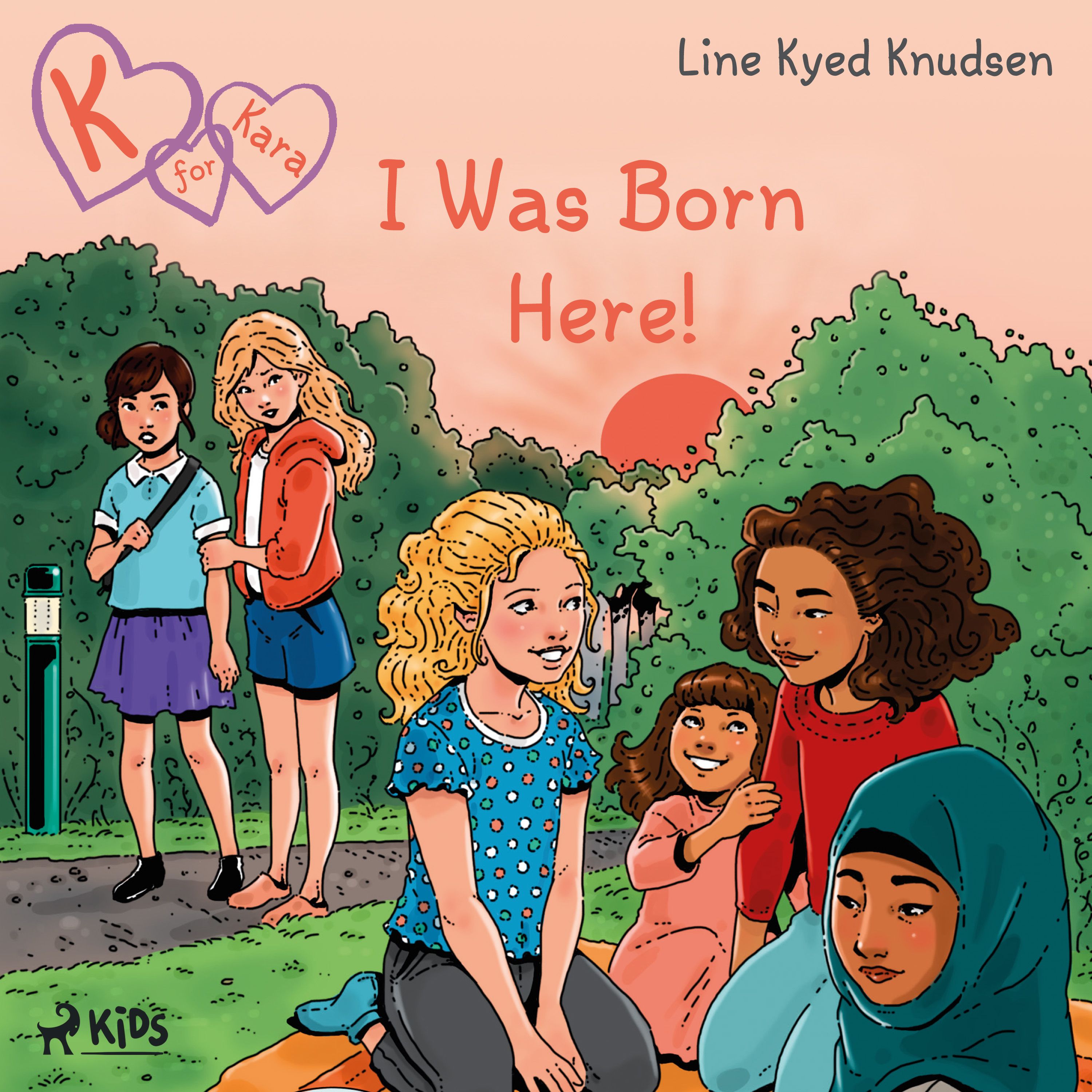 When Nadia starts in Kara's class, she's a little shy but Kara happily shows her around. That makes Nadia feel right at home. When Kara meets Nadia in the local park, Nadia is surrounded by her entire family. They all speak in a different language and some of them are wearing scarfs around their head. Suddenly, Kara is the one who's feeling shy and almost doesn't want to go and talk to Nadia. Fortunately, Nadia invites Kara over for dinner, and Kara discovers that even though some of the people look different, they're just like her.

K for Kara - I was born here! is about friendship, prejudice and positive surprises. It deals with the irrational fear of the unknown and encourages you to engage in new experiences.